With war was raging overseas in Europe, two men would return home to England to serve in His Majesty’s forces.

Chronology of Main Events of the War for Liberty

Four Years of Bitter Warfare Before the Defeat of Autocratic Attempts to Rule the World Could Be Assured- Progress of the Titanic Contest Practically as It Went On From Day to Day.

From June 28, 1914, when the assassination of Archduke Ferdinand of Austria, and his wife, at Sarajevo, Bosnia, gave Emperor William of Germany his excuse for beginning war which he believed would result in his gaining practical control of the world through military domination, the main events of the struggle are told in the following chronicle:

No part of this site, WithOurBoys.com, may be reproduced in whole or in part in any manner without the permission of the copyright owner. 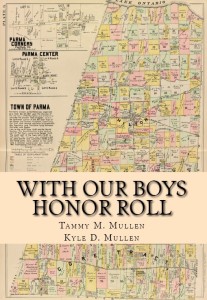